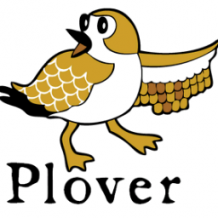 Plover is the world’s first free, open-source stenography program. It is available on Windows, Mac and Linux. Real-time machine stenography is a code translation system that lets users enter words and syllables by pressing multiple keys simultaneously in a chord, which is then instantly translated into English text. This makes steno the fastest and most accurate text entry method currently available. In the first semester of steno school, nearly all students learn to exceed 100 words per minute. By comparison, top qwerty typists can do 120 WPM, top Dvorak typists around 140 WPM, and voice writers dictating to voice recognition software around 180 WPM. But experienced stenographers can enter text at up to 300 words per minute (the world record is actually 360, but that’s an outlier). Conceivably, with practice, amateur steno users could reach 160-200 words per minute.
http://plover.stenoknight.com/

Most likely, you are using a qwerty or dvorak keyboard layout to type everything out character by character. However, Plover—and other steno systems—use keyboard “chords” to type syllables, words, or entire phrases. If you ever practiced piano, it might be helpful to liken them to certain piano pieces common in a pianist’s repertoire. The “typewriter-style” systems (qwerty, dvorak, etc.) are like Chopin’s Fantasie Impromptu.

Why was Plover written?

A professional stenographer, forced to buy proprietary (and DRM-riddled) steno software for $4,000 plus an annual $700 upgrade fee after shelling out for a $3,000 steno machine, looked around and saw that most of the people who made their living and their free time putting text up on a screen were crawling along at around 60 words per minute because they were using qwerty instead of steno. She realized that the only way to spread the wonders of high speed efficient text entry to the geeks, hackers, writers, and internet addicts who desperately needed it was to make the software free and the hardware cost less than $60. She found a Python programmer who was also a hardware maven, and they both got down to work. Eleven months later, Plover was ready for prime time.

The short answer is that it’s a two-syllable, six-letter word that can be written in a single stroke on a steno machine. The longer answer is here.

How is Plover different from commercial steno programs?

Well, first off, it’s free. Free to distribute, free to modify. No dongles, no upgrade fees, no constraints. That’s already a $4,000 difference. To the developer’s knowledge, it’s also the only steno software that works on a buffer-based system rather than a timer-based system, and that has direct access to the OS rather than filtering everything into a steno-specific word processor. This means it’s lightweight, powerful, and doesn’t require a 1.5-second wait time between when a stroke is entered and when the translation appears in an external program. In Plover, the translation appears instantly, and the software isn’t cluttered up with file managers, printer handlers, and other court-reporting flimflam that an amateur stenographer will never use. Instead, it’s a direct conduit between the steno keyboard and the OS. Plover, as of version 2.1, can do everything a qwerty keyboard can do – but much, much faster.

Login
You are not logged in.
Recent Reviews
Similar Products